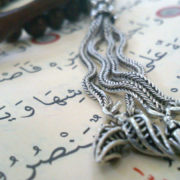 “The independence of the decolonized Muslims (and non-Muslim) countries has remained enchained and that is why almost all these countries are engaged in their second liberation struggle against the stooges and surrogates imposed upon them by former colonial powers. This second liberation struggle against indirect economic, political and cultural imperialism will probably prove more tough and take longer than the earlier fight against direct colonialism”. Impact International
END_OF_DOCUMENT_TOKEN_TO_BE_REPLACED 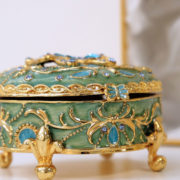 Chapter 2 (al-Baqarah)
The Messenger of Allah (pbuh) is quoted by Ubayy saying, “Whoever recites it will receive blessings from Allah and His mercy and will be granted the rewards due to one who camps for a full year, in the way of Allah, as a soldier on the borders of the Islamic domains to protect them, being constantly on vigil.” Then the Messenger of Allah (pbuh) turned to the narrator, Ubayy, and said, “O Ubayy! Order the Muslims to learn it, for learning it is a blessing, while leaving it is a loss, and no magician can ever overpower it.” He (pbuh) is also quoted saying that everything has a zenith, and the zenith of the Qur’an is Surat al-Baqarah. “Which ayat (verse),” he (pbuh) was asked, “in it is the best, O Messenger of Allah?” He (pbuh) said, “Ayat al-Kursi [2:255],” he (pbuh) answered. And he (pbuh) entrusted the youngest among his companions, namely al-Harith ibn Zayd ibn al-Harithah, due to the fact that he knew Surat al-Baqarah by heart, to command an army to defend Islam.

Chapter 3 (Aali-`Imran)
The Messenger of Allah (pbuh) is quoted saying that one who recites it will be given for each of its verses security on the bridge over hell, and whoever recites it on Friday will be blessed by Allah and His angels all day long till sunset. He (pbuh) is also quoted saying, “Memorize Surat al-Baqarah and Surat Aali-`Imran, for they are like two fragrant flowers, and they will shade the one who learns them by heart on the Day of Judgment like two clouds…” to shade those who used to recite them quite often from the intense heat of that Day.

Chapter 4 (al-Nisaa)
He (pbuh) is also quoted saying that one who recites it will be regarded by the Almighty as though he were charitable to all orphans, and he will be granted rewards due to one who emancipates a person who dissociates himself from shirk and who, by the will of Allah, is forgiven.” Imam Ali (a.s.) is quoted saying that whoever recites it every Friday will be secure from the constriction of the grave.

Chapter 5 (al-Maida)
Imam Ali (a.s.) is also quoted saying that whoever recites it will be given ten good deeds, and ten of his sins will be forgiven, and his status will be elevated by ten degrees for each and every Jew and Christian alive. (This may be due to the fact that this Qur’anic chapter discusses Judaism and Christianity in great detail). Imam-al-Sadiq (a.s.) says that one who recites it on every Thursday will not mix his belief with any oppression, nor will he ever commit shirk.

Chapter 6 (al-An`am)
The Messenger of Allah (pbuh) has said that this Chapter was revealed as a whole escorted by seventy thousand angels praising and glorifying the Almighty in unison; so, whoever recites it will be blessed by those same seventy thousand angels for a full day and night. Imam al-Rida (a.s.) is quoted saying that those angels will keep blessing him till the Day of Judgment. The Messenger of Allah (pbuh) has said, “One who recites it from its beginning till the verse saying, `And thus do We make some oppressors befriend others on account of what they earned (6:129),’ Allah will assign for him forty thousand angels to write for him (in his book of good deeds) the like of their own adoration till the Day of Resurrection.” According to the author of Al-Afrad wal Gharaib, one who does the same after having performed the fajr prayers, forty angels will descend for him, and it will be recorded for him the like of their adoration. According to the author of Al-Waseet, if one does so upon waking up, Allah Almighty will assign for him a thousand angels to protect him and to record for him the like of their deeds (of adoration) till the Day of Judgment.

Chapter 8 (al-Anfal)
The Messenger of Allah (pbuh) is quoted saying, “If someone recites both Surat al-Anfal and Bara’ah together, I shall seek intercession for him and testify for him on the Day of Judgment that he is free from hypocrisy, and he will be granted of the rewards ten times as many as the number of hypocritical men and women in the world, and ten of his sins will be wiped out, and his status will be elevated by ten degrees, and the `Arsh and those (angels) that bear it shall bless him as long as he lives.” Imam al-Sadiq (a.s.) has said, “One who recites both of these chapters every month will not undergo any hypocrisy, and he will be as a true Shi`a of the Commander of the Faithful (a.s.) and will be eating on the Day of Judgment of the tables of Paradise with them till Allah, the most Exalted One, is through with the Judgment.”

Chapter 9 (Bara’ah)
Its merits are similar to those of Surat al-Anfal above. In a footnote regarding this Chapter, al-Kaf`ami explains that “Bara’ah” (which means clearance or dissociation or a separation from) means: dissociation (of the infidels) from Ali (a.s.); the Basmala was not included at its beginning, as is the case with all other Chapters of the Holy Qur’an, simply because the Basmala connotes security and mercy, whereas Bara’ah was revealed to lift such security and to warn of confrontation. This chapter, al-Kaf`ami goes on, has ten names:

Chapter 10 (Younus)
The Messenger of Allah (pbuh) is quoted saying that one who recites this chapter will be given ten good deeds for each and everyone who believed in prophet Younus (a.s.) as well as for those who disbelieved in him and who were drowned with Pharaoh. Imam al-Saadiq (a.s.) is quoted saying that whoever recites it once a month will not be among the ignorant ones and will instead be on the Day of Judgment among those near to the Almighty. 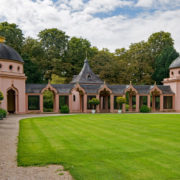 There are certain occasions when fast becomes unlawful; these are:

Some Muslims, particularly Shi`as, may disagree with some of these eight items depending on who they follow as their marji` taqlid. When in doubt, ask your marji` or his representative, and Allah knows best.

“The hearts rust just as iron rusts.” He (pbuh) was asked, “O Messenger of Allah! What removes their rust?”

He (pbuh) replied, “The recitation of the Quran and the remembrance of death.”

In one Qudsi hadith, the Almighty has said, “I shall give one who is too preoccupied with his recitation of the Quran to plead to Me the very best of what I give those who are grateful to Me.”

One day, as al-Zamakhshari tells us on p. 264, Vol. 2, of his Rabee` al-Abrar, the Messenger of Allah (pbuh) was late in going back home. “What kept you so long from coming home?” Ayesha asked him. He (pbuh) answered,

“It is the recitation of a man whose voice is better (when reciting the Holy Quran) than anyone else I have heard.” Then he (pbuh) stood and listened to him for a good while then said, “He is Salim, the slave of Abu Hudhayfah. Praise to Allah for the presence of people like him in my nation.”

During the month of Ramadhan , Sufyan al-Thawri used to devote his time to the recitation of the Holy Quran, and Malik ibn Anas used to stop studying and abandon the company of scholars, and concentrate on reciting the Holy Quran instead, as we are told on pp. 257-258 of Vol. 2 of al-Zamakhshari’s Rabi` al-Abrar.

In one of his sermons, Imam Ali (as) said the following about the Holy Quran:
Besides the Holy Quran, nobody should complain of needing anything else. One who is deprived of it cannot be described as having anything at all; so, seek in it the healing of your ailments, and solicit its assistance when you encounter a hardship, for it contains a cure for the worst of ailments: disbelief, hypocrisy, and misguidance.

Plead to Allah through it instead of pleading to any of His creation. Nobody can seek Allah through anything better than it, and be admonished that it is an intercessor that will intercede on your behalf, and a speaker that speaks the truth. For whomsoever the Holy Quran intercedes on the Day of Judgment, he will surely achieve intercession, and whoever seeks it to testify to his truthfulness will surely be regarded as a man of truth, for someone shall call on the Day of Judgment:

The Imam (as) has also said, “One who recites the Quran then dies and enters the fire is among those who took Allah’s signs lightly.” 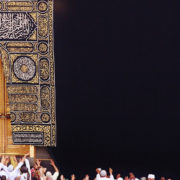 The most serious damage to the sacred shrine of Imam al-Hussain D in Kerbala, Iraq, was inflicted by the Wahhabis, followers of Muhammed ibn Abdul-Wahhab who invented an odd interpretation of Islam which does not respect the grave-sites of any holy person, including that of the Prophet of Islam 5. Since the Wahhabis have proven to be the most antagonistic[1] towards the followers of Ahl al-Bayt G, it is not out of place here to introduce the reader to their man, Muhammed ibn Abdul-Wahhab, while narrating the mischief he and his ignorant Bedouin zealots committed against the shrine of Imām Hussain A in Kerbalā’ and that of his father, Imām Ali A, in Najaf. END_OF_DOCUMENT_TOKEN_TO_BE_REPLACED

While living in Hyattsville, Maryland, from 1979 – 1982, then in Virginia thereafter, Yasin T. al-Jibouri became involved in the activities of the Islamic School located in Potomac, Maryland, where the Principal was Dr. Abdul-Sahib Hashim, a very active and energetic Iraqi pediatrician who started his Islamic activities at the Islamic Center in the U.S. capital, Washington. END_OF_DOCUMENT_TOKEN_TO_BE_REPLACED 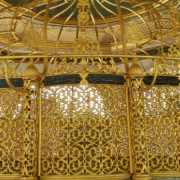 Yasin Al-Jibouri graduated from the College of Arts, Baghdad University, on June 30, 1969, having majored in English which he taught at a high school in Hilla, metropolis of Babylon governorate, starting in 1970 then at a vocational institute in al-Ahsa, Saudi Arabia, for a couple of years starting in 1971 END_OF_DOCUMENT_TOKEN_TO_BE_REPLACED 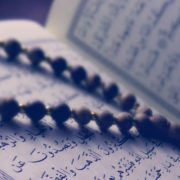 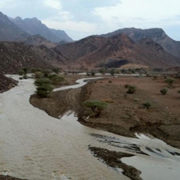 THE HARRA INCIDENT
The Harra Incident started on a Wednesday, Thul-Hijja 28, 63 A.H./August 31, 683 A.D. and was led by Abdullah‎ ibn az-Zubair, a cousin of the Prophet of Islam (P). Let us stop here to introduce the reader to this man although he is too well known to any average student of Islamic history. END_OF_DOCUMENT_TOKEN_TO_BE_REPLACED 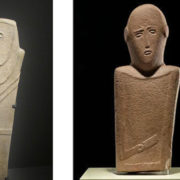 On p. 35 of Ibn Hisham’s Seera, the Prophet of Islam is quoted as having said that the first person to cover the creed of Ishmael son of Abraham was one Amr ibn Luhay ibn Qam`ah ibn Khindaf. This man, according to the Prophet, installed idols and started the custom of making offerings to them as well as other pagan rituals. END_OF_DOCUMENT_TOKEN_TO_BE_REPLACED 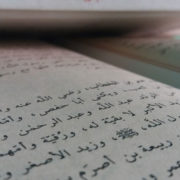